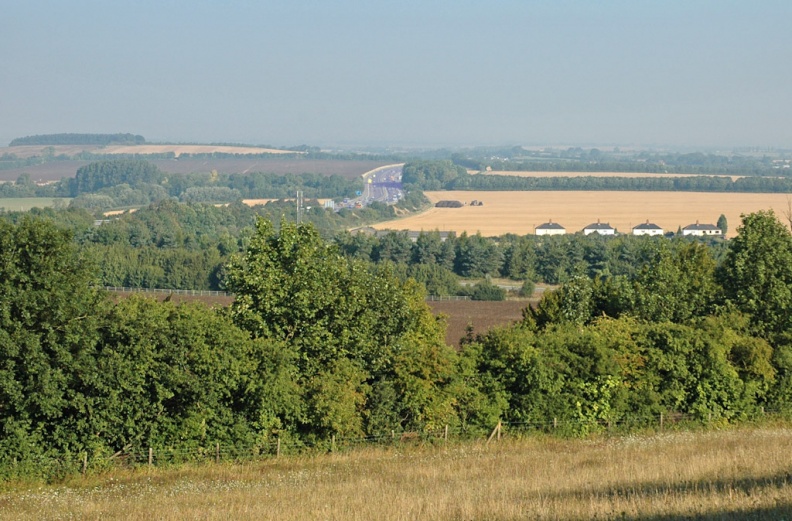 Routes. There are five separate routes or roads in this picture. Apart from the M40, which is the most recent, the old road from Princes Risborough to Wallingford through Lewknor passes the four white houses in the middle ground.

A little closer, the slip road to the M40 can just be seen at its junction with the realigned Watlington road (B 4007), which now by passes Lewknor.

At this point, the new B 4007 follows the line of the now defunct Watlington to Princes Risborough railway. This was single track, with a small halt that served Aston Rowant and Lewknor. Services stopped in the 1950s and the track from Chinnor to Watlington lifted.

The trees in the foreground mark the line of the Ridgeway, which runs from Avebury in Wiltshire to Tring at the eastern end of the Chilterns. This track has been used for centuries as a route for travellers, herdsmen, carriers and even soldiers during the English Civil War.