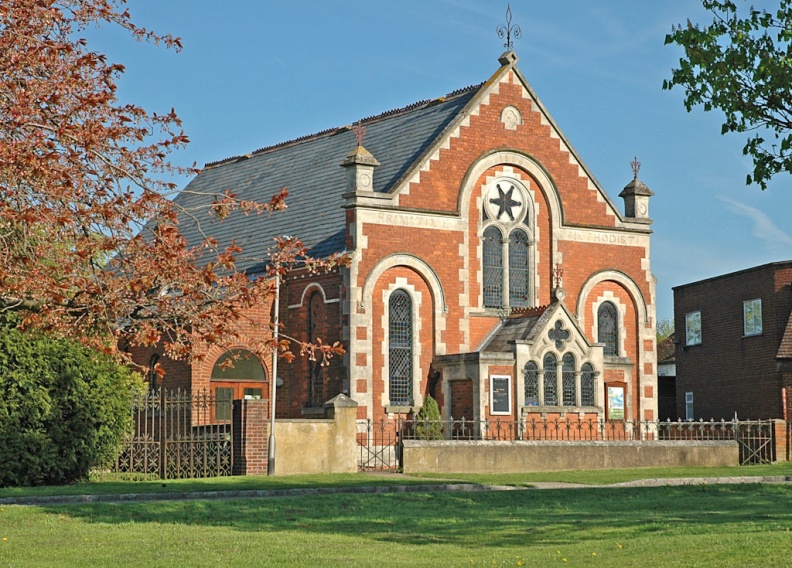 A chapel dedicated to the Primitive Methodist Church stands in the centre of the village green facing east. It was opened in 1896 and flourished until the Second World War. Thereafter, congregations declined and in the late 1970s the chapel was rebuilt internally to give greater flexibility of use. In 2006 there were frequent rumours about its imminent closure.

In addition to the Methodist Church and the Church of St. Peter and St. Paul (q.v.), Stokenchurch at one time had another place of worship. The Congregational Church, on the site adjacent to that now occupied by Lloyds Bank, closed in the late 1960s.
Author: David Cripps