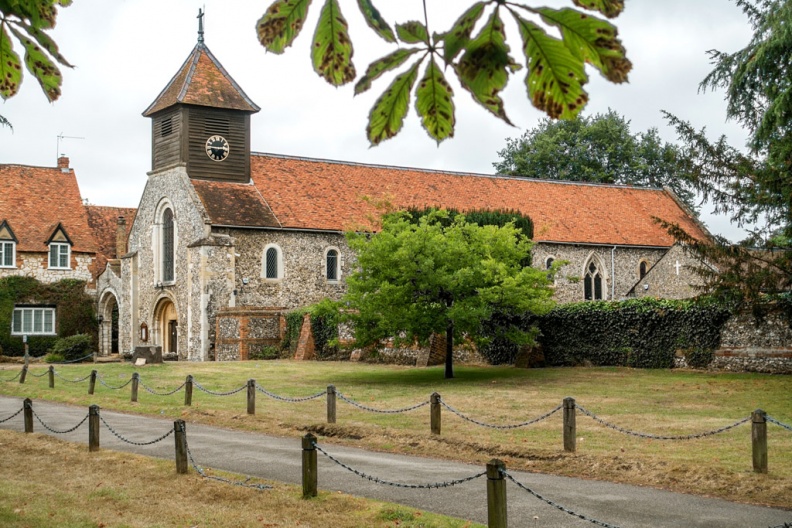 The Church of St Mary the Virgin occupies the site of a small Saxon church built around 700AD. It was rebuilt and in 1086 rededicated as a Benedictine Priory by Geoffrey de Mandeville, the Norman lord of the manor. In the 14th century the nave of the priory church was double its present length of 32 metres. Following the Dissolution of the Monasteries in 1536 the Priory estate passed to John Lovelace in 1545.